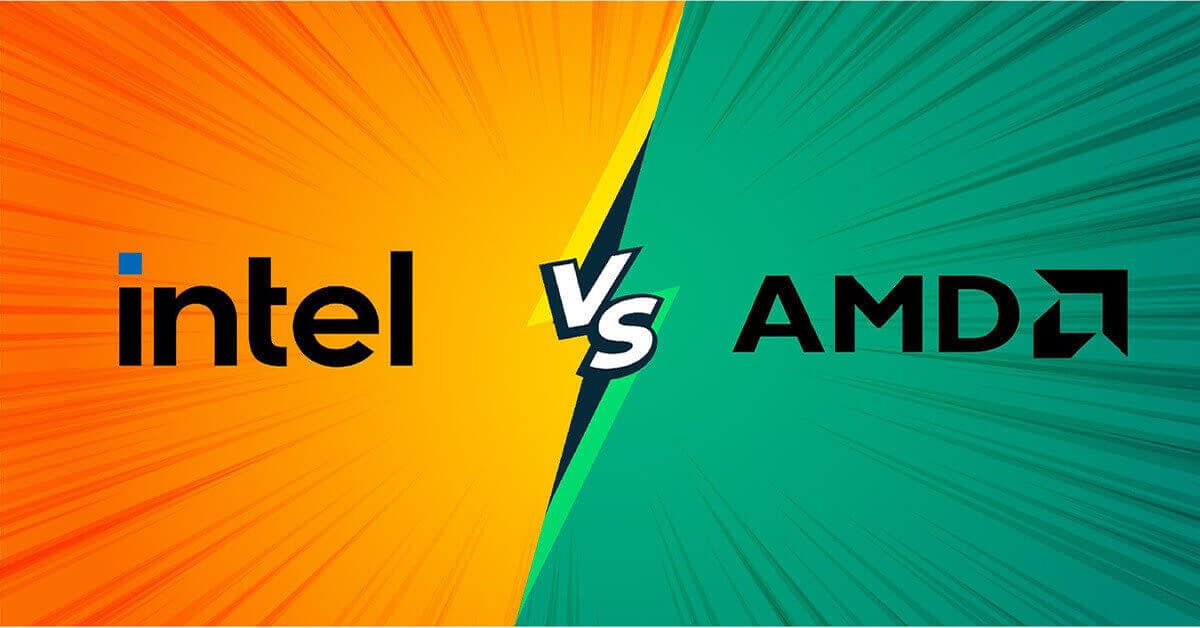 Intel vs. Amd! It’s a never-ending battle when it comes to choosing the best CPU for your next gaming or editing PC build. First of all, we can’t judge a brand or Chipset family on the basis of one good or not good feature. As Both CPU brands are created for different buyers.

But there are some factors which going to help you while you editing, multitasking or gaming. So, is Amd better than intel? It absolutely depends upon which task you’re going to do with your new PC build. In this article, we are going to see a piece of brief information about Amd vs Intel processors (we are only be talking about desktop processors)

That ultimately depends upon the user as for some people the i3 series would be enough for their need and for some Ryzen 9 series will be less. But for the sake of general-purpose, we would compare some features like Speed, Overclocking, Cores/thread and Price to performance ratio.

CPU processor speeds are measured in clock rates and by clock rate means, how many cycles a processor can perform in 1 second and it’s measured in GHz. So higher the clock speed faster the CPU (however, there are multiple factors also applied to this). In simple language, try to get a faster clock speed processor. And if we looked back at the history intel vs amd intel has been dominating in speed in higher end CPU Processors. But in mid or entry level processors Both Amd and intel are kind of the same. So if you want a higher clock speed processor which operates best at boosted clock speed. You should try the intel’s high-end processors.

Cores are basically CPUs under a CPU i.e. a CPU has multiple central processing units which help the processor to multitask easily. And Threads are a set of programmed instructions that allow a single core to appear to be split into two cores (one physical core & virtual core). So for each core, you have two threads.

As we can see below in the comparison chart Amd has more cores than intel but that doesn’t make Amd Ryzen a clean hero. Yes, physical cores are better and Amd Ryzen processors are stronger at multi-tasking but in speed, the intel processors are the finest.

So Basically, Processor overclocking is the process of boost your CPU’s performance (clock speed) by some tweaking. And Amd clearly wins in this segment as all the amd Ryzen processors are unlocked & fit for overclocking. Whereas some intel processors with K series only are overclockable.

In this Amd vs Intel processor comparison we have picked some of the best high end and entry-level processor and tested it some of the heavy applications and AAA title games.

Difference between intel vs amd processor

There are lots of differences in both processors like the Intel processor comes with IGPU (except F series) where Amd’s are not. Amd processors are better at multitasking but Intel is not quite good at it.

So, is really Amd better than intel?

Lets, come to the direct point if you want a processor for doing photo editing, video rendering, YouTube streaming, and using 3D apps with multitasking in budget then the Amd Ryzen series are the best. Whereas Intel is more faster, power conservation, processing speed which is going to help you in your gaming to get that extra fps.